Colton Dixon and Wife Are Expecting Their First Baby

Unspoken's release of this single, along with the announcement of their third album, both titled “Reason”, marks the band’s first full-length record in three years. In that time, Unspoken has not lost a single spec of the spark they've always had.

Here's the official video of "Reason"....

"Everything", TobyMac's dance-infused follow-up to his successful single, "I Just Need U" gives a perspective that we all need - to see others' through Jesus' eyes.

Here's the official music video for "Everything"

Written from a heart of both grief and hope, as can only come from a dad, TobyMac has put to music his thoughts and feelings after the passing of his son, Truett.

Pray for Toby and his family as you watch and listen to this video of "21 Years."

Matthew & Emily West spend some time under the romance microscope; answering YOUR questions about Valentine's Day.

Come watch for the fun and the feeling!

From Elevation Worship's album, Here As In Heaven, we bring you a special live performance of the band doing "O Come to the Altar". This song will inspire you to worship with a new sense of expectation and purpose...

Coming from a pop background, Francesca Battistelli's choice to record a worship song was the right thing to do.  Her single, "Holy Spirit" is being heard around the country!

Here's the official music video of that song!

Another amazing, uplifting song from Lauren Daigle!  When life gets to be too much for us, Lauren Daigle reminds us to turn to the Lord and say, "I will stand my ground where hope can be found..."

Here is the official acoustic version of her powerful song, "O Lord". 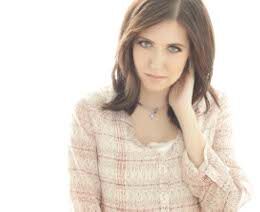 It's a beautiful thing when it is real and true and good. Waiting for the right spouse is one of the best uses of your patience, and I promise it is SO WORTH IT!

We have lots of pictures of their visit!

GRAMMY® Award-nominated, and DOVE Award-winning artist Tauren Wells has announced the release of his sophomore album Citizen of Heaven

It was a big night for Australian brothers Joel and Luke Smallbone!  As the band for King & Country, they came away with 2 Grammy awards for both nominated categories at the 2020 GRAMMY® Awards!

We have more info and the group's acceptance speech here!

It’s been two years since the release of Hillsong UNITED’s Empires, but it hasn’t really seemed like it. They’ve been everywhere - touring, television, awards, the radio, to name a very short-list.  With all of the Empires dust still being kicked up, there’s no time to record and release a studio album of entirely new material, right? Wrong!  We asked the group all about their new album!

From the latest issue of the free, digital edition CCM Magazine!

"Stand In Your Love" is a song of hope, inspiring believers to stand on the foundation of God's love that breaks the shackles of fear and shame.

Enjoy this worshipful live performance of Josh Baldwin singing his, "Stand In Your Love".

In the midst of the modern praise & worship genre, where most songs being released have a slow tempo with strains of adoration; Vertical Worship breaks out with singer Tauren Wells to release a high energy, danceable romp.

Tauren Wells — Learning How to Rest

For Wells, the accolades and opportunities are nothing more (or less) than God’s gifts to him and his family—opportunities that arrived in hands that remain open. He’s not about to close them now.

From the latest issue of CCM Magazine!

Lauren Daigle - 'How I Made It'

Did you know that Lauren Daigle was a contestant on American Idol when she was only 17?  After she was voted off, did you know she was considering hanging up music as a career entirely?

If you've ever wondered, "Where did Lauren come from?", she relates her beginnings in this fascinating video feature - as part of Cosmopolitan Magazine's "How I Made It" series.

The three years since Unspoken’s last album release have been full of ups and downs, but every curveball has led here: to their third full-length record, Reason.

Trusting in what our eyes don't see, even when we need it most - that's the message behind Lauren Daigle's grooving worship song, "Trust in You".

Of his powerful song, "Build My Life", Pat Barrett says, “It is the type of song that will cause you to look down, rather than up.  You look down to see what you’re standing on."